Welcome to this week’s What’s Trending! We’re excited to share the best snippets of news throughout this week.  Our easy to digest format means you can find out what’s new instantly – you don’t need to worry about missing out if you don’t have time to search for hours through your other favourite blogs,  (though we should be the only favourites!) What’s Trending brings together the best news, events and people on one page. Read on to find out more!

Lupita raps it up!

Award winning Kenyan actress Lupita Nyong’o has shared a video of her rapping to beats of the song ‘State of Mind’ by US rapper NY.

Online publication Okay Africa says that the performance was a debut for her alter ego named Troublemaker.

In it she raps about her background and her career. Here are part of the lyrics:

“Mexican-born, Kenya running through my veins/Dark chocolate, plus I keep a sharp mane/Lancome fresh face, looking tailor made/Disney on the books, so you know I stay paid”

What do you think? We think the beautiful actress has a great flow! 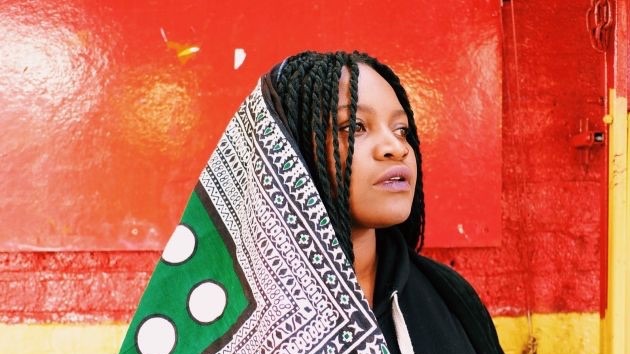 We absolutely had to feature the amazing poet Belinda Zhawi. It has been announced that she is the ICA’s Associate Poet from Autumn 2016 to Spring 2017. Zhawi takes over from previous Associate Poets Sophie Collins and Kayo Chingonyi, and has devised a programme of talks, poetry readings and performances to take place at the ICA. In Zhawi’s own words:

“As a Black African migrant woman writer living in London, I’m interested in exploring hidden and marginalised narratives that are part of what makes London. It will  be an interesting year of exploring ideas around home, displacement and migration through art, workshops, talks and discussions. This will be a chance to see what poetry and spoken word can contribute to all this unpacking.”

Belinda Zhawi is a Zimbabwean-born writer and educator who lives and works in London. Her work mostly focuses on memories of living in rural and urban Zimbabwe. She has performed across the UK in numerous venues, festivals and events including at Africa Writes, Bestival and TATE, with her work published in the anthologies Liminal Animals and Casagrande: Rain Of Poems. In 2013, Zhawi featured on Channel 4’s Random Acts and also co-founded the monthly poetry night, BORN::FREE. Zhawi was shortlisted for 2015-16 Young Poet Laureate’s London role. We can’t wait to see what she has in store for London. Belinda can be found @mamoyobornfree.

The World Unseen is an unforgettable documentation of a difficult past period, reflected in modern film. It was written and directed by self identified queer female Shamim Sarif, author of the novel on which the film is based. The resulting product is a quintessential labor of love, and a powerful one at that.

The movie follows the story of two Indian–South African women who fall in love in the racist, sexist society of apartheid South Africa in 1952. Featuring excellent performances from leads Lisa Ray and Sheetal Sheth, the movie is a charming, well-crafted period drama done right.

Throughout the drama, Amina and Miriam slowly fall for one another. The central dramatic question from this moment forward pits Amina’s boldness against Miriam’s love for her family and her place in the world as she knows it: Can they ever make it work?

The film is presented as both a slice of life and an epic romance — all within the context of a highly sexist, racist society. The drama runs thick, and the film provides commentary on everything from the oppression of marriage, rape, and sexism in Indian culture to racism in South African society. This is a film you have to see.

Over 75 percent of rural Ugandans travel by walking. Bicycles Against Poverty (BAP) gives people living in remote villages more control over their time and lives with lease-to-own bicycles. These bicycles provide transportation in crucial matters like reaching a health clinic or getting goods to a market to sell.

Bicycles increase income by at least 30 percent in Uganda and market attendance triples after owning a bicycle due to more access and time efficiency. To date, BAP has sold over 1,000 bicycles generating an estimated $90,000 of extra income for the farmers who ride them.

Radiance of Tomorrow
By Ishmael Beah
At the center of “Radiance of Tomorrow” are Benjamin and Bockarie, two longtime friends who return to their hometown, Imperi, after the civil war in Sierra Leone. The village is in ruins, the ground covered in bones. As more villagers begin to come back, Benjamin and Bockarie try to forge a new community by taking up their former posts as teachers, but they’re beset by obstacles: a scarcity of food; a rash of murders, thievery, rape, and retaliation. As Benjamin and Bockarie search for a way to restore order, they’re forced to reckon with the uncertainty of their past and future alike. With the gentle lyricism of a dream and the moral clarity of a fable, “Radiance of Tomorrow” is a powerful novel about preserving what means the most to us, even in uncertain times. Purchase here. 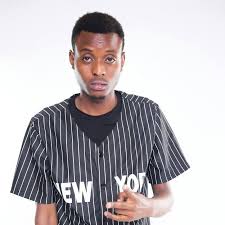 This week we feature a feel good track from the up and coming Kenyan rapper Raj. We liked “Sawa Sawa” for it’s smooth beat but most of all it’s feel good lyrics and positive message “I’m proud to be Kenyan kila kitu iko sawasawa“. He is one of the fast rising swahili artists who seems to be doing so well lately.  Hewent  remixed OBE BABA with Norway based Kenyan female rapper STL. The remix has been doing so well and has placed Raj at a very good position compared to where he was previously. He owns a studio called MUSIC BANK and is said to produce his own songs. He raps in kisii in most of his compositions. He is one artist you need to watch out for in 2016/7. Find Raj @Rajville7